Move Along Folks: Nothing to see here 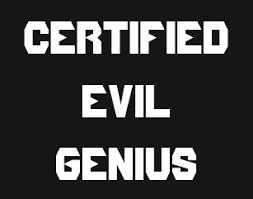 More and more, it seems that anti-Trump forces are underestimating the evil genius of Donald Trump. For day one of his administration, he and his sock puppet advisers have been embroiled in scandal after scandal. Each one has its own individual flavor and particulars. Michael Flynn and the Russian’s tampering with the 2016 election was only the appetizer on a smorgasbord of vile lies, deceit and fleecing of the American public. Every day average Americans wake up and think how could it get any worse than the last news cycle? Yet, somehow, it does.

The latest brouhaha to plague the Orange One is the inhumane turmoil unfolding on the Texas border where parents, many of whom are coming to the United States legally to seek political asylum from violence they face in their homelands, are being forcefully separated from their children. Held in makeshift “prisons” (let’s call them what they are) hundreds, if not thousands of migrant children, teens and adults are shuttled into the holding center and separated indefinitely from their families.

The lies and excuses of Trump and his supporters are like a flash flood in a steep Sierra canyon. Nothing seems to be able hold back the tide of misinformation. One of the all-time best wacko justifications for the Trump policy of warehousing migrant children in holding cells on the Texas border came from Fox News host, the irredeemable Steve Dofus.

“You do see that they have those thermal blankets, you do see some fencing, but keep in mind — some have referred to them as ‘cages,’ but, keep in mind, this is a great, big warehouse facility where they built walls out of chain link fences,” Doocy said.

Walls in the real world are impenetrable structures that are made of wood and plaster, sometimes brick and mortar, sometimes glass, but all of them have one major component to them that the “cages” on the Texas border do not have – they are not made out of chain link fencing. Cages are made out of chain link fencing, not walls. Why is this so hard for Dofus to understand?

If ultimate blame is to be assessed on Trump’s family separation policy, the infamous credit falls to Jeff Session’s former communication director and current senior adviser for policy for Trump, Stephen Miller. Miller can be described as hard core, right wing conservative that never met a liberal who he didn’t want to smash like a bug under his shoe. In an article by Jane Coaston for Vox titled, Stephen Miller believes in controversy as political strategy, even if it means jailing children, she wrote,

To understand what the Trump administration is thinking about separating families and locking kids up at the border, you have to understand Stephen Miller’s foundational political belief: It’s better to stir controversy, at any price, than it is to engage constructively.

The architect of Donald Trump’s immigration policy and the White House’s resident troll, the 32-year-old White House senior policy adviser believes it’s good to “trigger the libs,” so to speak, with “the purpose of enlightenment.” To Miller, working constructively across the aisle isn’t as useful as “melting snowflakes.”

Trump is quick to shift the blame like any self-respecting bully, and this time is no different. His target? The democrats in Congress who he falsely accused of being able to fix the situation if they wanted to. Insanely, he continues to say publicly that the law that calls for the separation of children from their parents is a “Democrat law” passed in some deep dark past that has been around for years festering. He would have Americans believe he has no choice due to this evil law that the Democrats refuse to “fix”.

The problem is there is no law requiring separation of families at the border. In the first place, the Republicans hold both houses and the presidency. They could “fix” any issue that they see fit to fix. The separation issue is Trump’s policy cooked up by Miller, Trump and Sessions. It is meant as a means of holding the children hostage until the Democrats come around and sign on to a bill to fund the actual border fence/wall.

Trump faces opposition from his own party and the world to stop separating families who come to the United States seeking asylum or merely a chance at a better life. Trump’s go to position is to double down and vilify the Democrats who hands are tied by his shenanigans. His comments today are particularly unhinged. On Democrats he stated,

President Donald Trump charged Democrats with wanting illegal immigrants to “infest” the U.S., as he defended his administration’s policy of separating migrant families at the border and spoke to a business group.

‘DEMOCRATS ARE THE PROBLEM’

Trump has called on Democrats to work with Republicans to pass immigration legislation, and said on Twitter, “They don’t care about crime and want illegal immigrants, no matter how bad they may be, to pour into and infest our Country, like MS-13.”  Marketwatch

When he tired of flogging his Democrats, he turned to his ire towards, the press, who else?

Donald Trump spoke on Tuesday morning to the National Federation of Independent Businesses. In the speech, which received a frighteningly level of cheers, Trump declared those who oppose him are criminals, declaimed that he wants “security, not judges” and repeatedly insisted that his political opponents should simply shut up. In a stunning, angry tirade, Trump talked about Canadians smuggling shoes, repeated his lies about crime rates in Germany, and make a shocking claim that in reporting about families being separated by his immigration policies the news media was supporting criminals and child smugglers.

In the speech Trump goes on to accuse countries of sending the United States the worst possible candidates for asylum, or those who simply want a better life. The Daily Kos article characterizes Trump’s speech as “unhinged and unbound”, making the accusation that there is a concerted effort on the part of countries to dump “undesirables” into the United States simply to . . . do what? Undermine our democracy? Take over the power of government? It is hard to know what goes on in Trump’s brain, but as the Daily Kos points out he didn’t stop there,

Trump: These countries that we give tremendous foreign aid to in many cases, they send these people up & they’re not sending their finest. Does that sound familiar? Remember I made that speech and I was badly criticized? Turns out I was 100% right and that’s why I got elected.”

All of this being said, what is to be taken away from the border crisis? Frankly, it is just smoke and mirrors. Everything Trump does has to be seen through the Russia investigation. Last week it was thumbing his nose at our oldest trade partners. Later in the week, it was the Kim Jong Un summit which produced little of substance and a great deal of positive press for North Korea. It was a huge nothing burger that is as susceptible to failure as his border and trade policies.

Concerning Trump, everything going forward should be seen through the filter of Robert Mueller and his inexorable march to a final verdict on whether or not Trump and his minions colluded with Russia, obstructed justice or any of a laundry list of other grievances current under investigation concerning his administration. What is particularly concerning, however, is Trump, Sessions and Miller seem to have no compunction involving innocent children and their parents as a political football that is only meant to cover his lame ass.