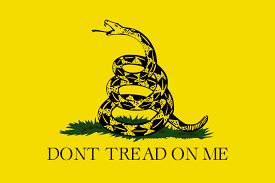 Okay, I confess. Sometimes when I get tired of picking fuzz out of my navel, I go on conservative websites and spar with the jolly good people who inhabit that darkly, sinister, conspiracy world. Don’t get me wrong, I usually have a reason for doing such a hollow and unsatisfying endeavor, but normally my actions are prompted by an article or image that I run across that gets my hackles up, and I can’t stop myself.

Today, it was on the conservative website American Update. By chance, a couple of weeks ago, I came across this site and on a whim signed up for their newsletter. I know; I’m a glutton for punishment, but really, I felt like I was living in a liberal bubble where everyone agreed with me. I decided in the spirit of expanding my understanding of the issues I should hear what some of the opposition has to say. Honestly, I didn’t understand Trump supporters, and what they professed. It ain’t pretty.

The story that caught my attention came from American Update with the headline Meghan McCain Slams Roseanne and Trump Fans in One Swift Blow. Now, you would think that the discussion would take into consideration Barr’s ugly racist tweet she made a few weeks ago, and the discussion would center around the fact that in a polite society one takes a civil approach to debate on the merits of the topic. Think again.

Not quite the civil discourse I expected, but hey, this is America and everybody has their First Amendment rights, yes? This post came at the beginning of the queue and marked the spot were things went south . . . way south. Soon, the tenor of the debate went full metal jacket with most of the respondents calling the McCains RHINOs and painting them, especially John, as a traitor and a “songbird”, a term I assumes comes from the fact McCain confessed to high crimes while being tortured by his Vietnamese jailers.

To be clear, I have never had much love or affinity for McCain, but the spewing of hatred and derision for him as he faces an agonizing  death shocked me. I never served in the military, but my dad, my father-in-law, and even my brother did, and I have a naive belief if someone gave up time in their life to protect our national interests their service qualifies them as heroes in my book. Okay, so Vietnam was not exactly our country’s high water mark ethically, but it still qualifies. I think for me McCain became a hero when he gave a thumbs down on the floor of the Senate in a bitch slap to Trump and his harebrained scheme of the “skinny repeal” of Obamacare.

As you might expect, I was the only liberal posting today, and I learned a lot about myself that I didn’t know. One woman wanted to know if I had been smoking “that stuff” and ended by calling me “the blind one”.  Later in the thread, she called me “backward” and that I should “go butt a stump”. For all of its incomprehensibility, I kind of liked the idea although I am still not sure if she knows I am not a goat. Maybe goats and liberals are the same in the world of the Tea Party. Another post accused me of spewing liberal propaganda which demonstrated my lack of intelligence. Irony is wasted on these people.

My favorite beyond being called a libturd, anti-American and a demented Democrat was this jewel, “Go smoke your blunt you hype. Or a pole if you’d like.” I would have loved to have had that one explained to me, but by this time, the gig was up and most of the respondents simply questioned my sanity or equated my existence to the spawn of Satan. One poster said he served in the Navy and met many Navy pilots who he deeply respected, “. . . more so than another disgusting whiny pontificating liberal that “claims” to know about members of the Republican Party.”

True, but I have to say, I know a lot more about the Republican Party now than I did this morning. The vitriol and hatred that permeates the responses was frankly quite shocking. The tenor of most posts was vile and ruthless in their condemnation of McCain and his daughter. To her credit, I think Meghan was referring to the “basket of deplorables” that Clinton pointed to in the run up to the election. It’s alive.

This is the real issue about American politics today. We are so polarized that parts of the Republican Party are so disassociated with reality that they actually believe that Trump is good for America, and he is making America great again. In a fit of false “patriotism” , they are willing to overlook the Orange One’s kowtowing to Putin and the Russians and think it is a good thing. I wonder what they will say if and when Mueller reveals Trump colluded with the Russians to tweak the election results. Or that his financial statements link him to the Mafia, Russian oligarchs and/or money laundering or any number of other counts of larceny, deceit, philandering, or collusion. I worry about this. From the vile statements posted on conservative websites, I do not think these people will go quietly into the night.

The idea that the Republican Party is representative of all America is hard for me to believe. If there are respectable Republicans out there, they have their work cut out for them. The Tea Party movement and the Freedom Caucus seem hell bent on destroying this nation, or maybe, remaking it in their own image to assuage their angst and fear of losing their white privilege. They tend to cherry pick the Constitution to fit their current bitch about what they think is wrong for America. I fear that if Mueller does come back with illegal acts and/or condemnation of Trump in some form these people aren’t going to take it lying down. That would certainly be the constitutional crisis so many believe is coming.