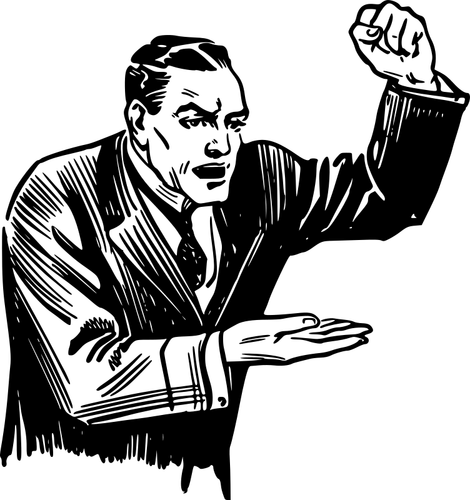 “Every newspaper on earth has called me a liar.” John McAfee

Remember back pre-2016 when the world was a happier place. There were no international faux pas’ wedged in our collective memories. Twitter was still a place to actually communicate with one another rather than a place of idiocy and shared shame and that the man sitting in the president’s chair wasn’t seen as a fucking nut job by people around the world? Those were heady days unlike today when the current administration has sullied America’s good name and place of respect in the international community. And it is getting worse, much worse.

Remember when we all laughed about the assumption that Trump’s current view on any topic was the one expressed by the last person he talked to? Laugh we did, but the reality is that on most topics of importance that is exactly how he presents himself and his stance on any topic. Now, with the White House gone dark where little or no information on policy or current topics of national and international interest can escape the black hole of Trump’s West Wing lair, he continues to act like all things are normal.

Eric Boehlert’s article in the Daily Kos titled, D.C. media’s dirty little secret: It has no idea what’s happening inside Trump’s White House, lays out just how bad it is for journalists covering the president and the White House,

“Reminder: There is no White House, not in the sense journalists have always used the term,” New York University journalism professor Jay Rosen recently tweeted, hitting on a media critique he has amplified for more than a year. “It’s just Trump—and people who work in the building. The term is still in use because what else are ‘White House’ reporters going to do? But there’s no referent for it. The metonymy broke.”

Rosen’s accurate appraisal pulls back the curtain and reveals that the “White House” that reporters are so busy reporting on and referring to is, at this point, basically a media concoction. It’s a prop that’s being held up because “the White House” is how journalists have always referred to the sprawling West Wing enterprise that powers and supports each American president. Source

This past week has been a particularly bad week for team Trump. As the country weathers his tariff war with China and an ungodly fractured economy that is showing signs of slipping into a possible recession, Trump continues rearranging the Titanic deck chairs and refusing to see that good times are not guaranteed. He knows that the economy is his Achilles heel, yet refuses to take measures to curb the slide. This past week anyone who was ambulatory and able to string three sentences together coherently was out parroting the Republican talking points that the economy was strong, and there is nothing to worry about.

Which brings us to the sycophantic compulsion that has become the Republican’s modus operandi as it continues to support Trump and his administration’s whacked out policies. Trump’s base and the Republican Party are all he has left to fall back on when circumstances head south leaving him exposed to ridicule and derision. One has to wonder about the Republican’s skewed devotion to a man who is literally running the country into the ground. Consider this from a 2017 poll,

A poll found that 52% of people who identify as or lean Republican said they would support postponing the 2020 election to ensure that only eligible citizens could vote if it was proposed by President Trump.

The poll also found that 56% said they would support such action — which would be taken to stop alleged voter fraud — if it was supported by both Trump and Republican members of Congress. USAToday

No one should be surprised by the fact that Trump has turned his attention back onto election fraud (which doesn’t exist to a great degree) as he continues to harp on the fact that he “won” the popular vote in 2016 regardless that statistics show otherwise. This is a sly little trick that he has hit upon, basically laying the groundwork for an election challenge if he loses both the popular vote and the electoral college in the upcoming election. As his numbers continue to tank and his support dwindles, a challenge may be the only way he sees as a means of holding onto the presidency. Seems far fetched with a normal president in the office, but if the past three years have taught us anything, expect the unexpected with Trump and his followers. He and his basket of deplorables are seriously misguided in their belief that they know what is best for this country.

So once again, Trump’s paranoia turns out to be gobbledygook. Yet it doesn’t have to be on-the-level. As long as it feels to his followers like it could be true, and as long as he continuously screams it at his throngs of brainwashed disciples during his rallies, that will be enough to convince millions of voters and more than a few Republican members of Congress to question the results of the 2020 election if Trump loses. Trump is absolutely capable of pulling a stunt like this. In fact, we should prepare ourselves for the very real possibility that he’ll do it.

Don’t forget: If Trump loses, he could face multiple indictments as soon as the new president is inaugurated on Jan. 20, 2021. No one is more aware of that possibility than Trump himself. Salon

Cesca goes on to point out that voter fraud in all of its shapes and form from Voter Id, Gerrymandering, and denial of voting rights to minorities has long been the bailiwick of the Republicans, not the Democrats. Trump is vulnerable and his flank is exposed with the continuous screw ups he and his minions commit almost on a daily basis. He is literally like a wounded animal looking for any out that will save his hide. Expect him to continue down the path of an authoritarian dictator hell bent on keeping power at all costs.

Then, the smoke screen of the week popped out of the Golden One’s mouth. He wants to buy Greenland. Despite Denmark’s vehement and resounding negative reaction that Greenland was not for sale, Trump continued to parlay the scenario that it would be simply another large retail buy, something that he assured his base he was well versed in accomplishing. In reality, Trump is as good a salesman and manipulator of real estate as someone wanting to sell ocean front property in Arizona. It just can’t happen, but the ploy takes heat off of his problems, delights his base who would believe anything he says, and distracts from the real issues at hand.