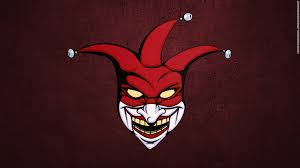 This week has been a little frustrating, but fulfilling, as the week unfolded. We had guests who took up most of my waking hours. Consequently, I had to stand back and watch all manner of events, scandals, faux pas’, and the general chaos that our federal government has become under Donald Trump swagger by without comment. Still, I wanted to get something down on record, so I’ve selected several over the top stories that I just cannot let go of in light of their absurdity and poignancy they hold for the American people.

The first story was a Trump Tweet about the Santa Fe High School shooting on Friday. Just north of Galveston, Santa Fe could not be more in Trump’s radar if it was an entrant in the misogynistic Miss America contest. This is after all Trump country. The orange one Tweeted:

“My administration is determined to do everything in our power to protect our students, secure our schools and do everything we can to keep weapons out of the hands of those who pose a threat to themselves and to others,” Trump said during an event at the White House. “Everyone must work together at every level of government to keep our children safe.”

Yeah? How is that working out for you Donald? After the Parkland, Florida massacre at Marjory Stoneman Douglas High School, you first seemed to stand up against the National Rifle Association while it was politically correct to do so. It didn’t take long for the NRA powers to yank your chain, and you flipflopped. The most you could come up with was to back the idiotic idea of training and arming school teachers as if they would be able to stop a crazed gunman when trained law enforcement officers could not.

He ends with this placid non-statement:

“We grieve for the terrible loss of life and send our support to everyone affected by this absolutely horrific attack,” he said. “To the students, families, teachers and personnel at Santa Fe High, we are with you at this tragic hour and we will be with you forever.”

The most redeeming element of this statement is that he didn’t send prayers for their pain and suffering. This man is the king of the sterilized comments which do little if anything to comfort or promote healing during these radically charged emotional times.

Then there was that crazy guy white guy Congressman Mo Brooks (R-Alabama). Okay, no one ever accused Brooks of being the brightest bulb in the basket when it comes to climate change, but the shining light of Alabama’s 5th Congressional district truly out did himself this week. If Bill Nye is the Science Guy, Brooks is the Stone Age Guy.

Here is his contribution to solving the climate change crisis and rising sea levels that the world faces:

‘“Brooks then said that erosion plays a significant role in sea-level rise, which is not an idea embraced by mainstream climate researchers. He said the California coastline and the White Cliffs of Dover tumble into the sea every year, and that contributes to sea-level rise. He also said that silt washing into the ocean from the world’s major rivers, including the Mississippi, the Amazon and the Nile, is contributing to sea-level rise.

“Every time you have that soil or rock or whatever it is that is deposited into the seas, that forces the sea levels to rise, because now you have less space in those oceans, because the bottom is moving up,” Brooks said.

(Moderator) Duffy responded: “I’m pretty sure that on human time scales, those are minuscule effects.”’

The Daily Kos’ blog writer, Hunter, posited that Brooks should also look into boats and whales and how they also displace water, so they too could be a factor. Or most controversial, the Earth is shrinking and is to blame for the sea’s rise around the world. I am fairly certain Hunter was being rhetorical or maybe tongue in cheek. No one, after all, would belittle the august Congressman with trifle comments when his “rock theory” is so well constructed.

The question I have on this next story and one all of America is asking: Is Rudy Giualiani high? It would be cruel and unwarranted to simply call Rudy an idiot. Yet, some of the things that comes out of his mouth are truly suspect. Pundits believe that Rudy was a great mayor and possibly a brilliant lawyer at one time, but one has to question why he seems to not understand the underlying issues that are swirling around Donald Trump’s White House these days. The foundation of the United States Constitution places everyone, lying, unscrupulous politicians as well, on an equal footing. Just because someone becomes president does not lift them above the masses and the rule of law. Here Rudy banters with Chris Cuomo on the elite nature of the American presidency, or at least in his mind.

GIULIANI: The president has complete discretion to fire anybody he wants.

CUOMO: What about corrupt intent?

GIULIANI: There’s no evidence of that.

CUOMO: You don’t think a president can obstruct justice?

GIULIANI: He can. But I think in the case of firing a subordinate who’s going to be replaced by somebody else on an acting basis immediately —

CUOMO: But it’s why you fired them. Corrupt intent. It’s part of the legal analysis.

And just for the fun of it, get a heaping helping of Giuliani metaphorically stomping his foot like a three-year-old child with their feelings hurt.

Uh, Rudy, you are on the show. See the earlier question about the possibility of his being high.

Then there is this from the bigoted Hobby Lobby saga that simply won’t go away. Enter Brian Spurlock who returned a circuit cutter to Hobby Lobby for his girlfriend. Armed with the cutter, sales slip and original packaging, Spurlock set about his errand with little more to worry about other than having to deal with the often tediousness task of returning merchandise to a chain store. The first clerk he encountered asked him to step out of line while the clerk went to clear the transaction with his manager.  Here is what happened next:

The cashier returned to Spurlock and told him the manager was calling the store’s corporate office, as if Hobby Lobby has a staff of operators on standby waiting to approve trinket returns. The manager asked Spurlock to step aside and wait while she called Hobby Lobby’s Cricut Emergency Return Squad.

The manager called the police instead. According to the police, the manager thought Spurlock looked like someone who had been returning stolen items to their store.

The police arrived and asked Spurlock for his identification papers. Spurlock was still in the dark thinking checking ID was normal procedure. The cop ran his ID and found nothing. He returned and told Spurlock when he got his refund to immediately leave the store, or he would be charged with trespassing. Huh? Another article stated that Hobby Lobby also accused Spurlock of talking to loudly outside the store.

So, in the course of a few minutes, a seemingly upstanding customer was accused of being “someone” who looked like a mysterious person who returned stolen goods for money, trespassing and finally talking too loud in the parking lot.

The one offense left out of the equation was “returning merchandise while black”. This is one of the most disturbing trends in America today; white people so afraid of anyone that isn’t like them calling the police for no reason but to intimidate and harass people only for the color of their skin.

The Hobby Lobby manager’s response to Spurlock query on why the police were called?

“We were only following orders from our upper management.”