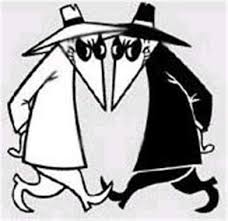 Be honest. If someone had suggested two years ago that Vladimir Putin and Donald Trump were embroiled in a nefarious handler/operative relationship, the appropriate response would have been to laugh out loud and call the person a paranoid conspiracy nut job. Certainly, there were rumors of Russian tampering with the election results that resulted in a Trump surprise victory, but at that time, even that accusation would have been a serious leap of the imagination. What a difference two years makes.

Since Trump took office in January 2017, his relationship with Putin has been both problematic and unsettling for the majority of Americans except for Trump’s base of supporters who are presumably blinded by their need to promote “white supremacy” and unbridled nationalism. Of course, since Inauguration Day, Trump has assumed a friendly default position toward Russian and Putin; one that denies Russian meddling in the 2016 election and a pro-Putin stance regardless of what the former KGB officer does or says.

Despite what the Putin/Trump relationship is in reality, there has been growing concern and mounting trepidation of allies who seem as baffled by Trump’s foreign policy shenanigans as are most Americans. In recent days the Trump administration revealed that a meeting between Trump and Putin in Helsinki will be held after the NATO summit and after Trump visits England late this week. After what can only be expected to be high drama and farce, Trump heads to Scotland for a couple of days of golfing at one of his properties before meeting with one of the world’s most vicious dictators. What could go wrong?

This morning America awoke to Trump’s first interaction with our North Atlantic Treaty Organization (NATO) allies. The event was a good-will breakfast photo op that was meant to be an ice breaking ceremony before the actual business of defense comes before the body. By all accounts and this video, Trump was in all-out attack mode as he castigated NATO’s Secretary General Jens Stoltenberg. It was also a bone-headed tirade that did nothing to uplift America’s interests in Europe or allay the concern of NATO members in light of Trump’s upcoming meeting with Putin.

Seriously, all one has to do to see the effect of Trump’s words on those present are to look at Mike Pompeo and John Kelly’s reactions. Pompeo looks like a elementary school student sitting in the principal’s office after being caught backing up a bully on the school’s playground. He all but squirms in his chair as Trump unleashes and unhinged harangue that eventually focuses on Germany and a deal with Russia for construction of a pipeline. Kelly repeatedly looks down or away as his boss mouths idiotic concerns over Germany and Russia. This from the man who claims to be a skilled negotiator?

The one funny relief factor is Kay Bailey Hutchinson’s reaction to Trump’s words. Throughout the exchange, she has what can only be deemed a world-weary, cautious smile that remains etched on her face. There are times when her eyes grow large in imitation of a deer-in-the-headlights when Trump makes a particularly off the wall remark. You can almost see her mind asking, “Did he say what I think he said?” It is obvious that she is way in over her head when it comes to the Orange One’s crazy claims or how to counter them.

Trump’s main concern is that our allies are not paying their full share of the NATO budget. Stoltenberg acknowledges that in the past there have been issues of underpayment, but tries (in vain) to tell Trump that the problem is being addressed and positive changes have or are taking place. Trump, of course, is having none of it, and he launches into the Germany/Russia deal, a deal, that he has no right to criticize. It is simply none of his business. He speculates that Germany is controlled by Russia because of the money involved in the transaction.

A more positive track would have been for  Trump to reassure our NATO allies that he is not in bed with the Russians, and they have no reason to be concerned with his upcoming meeting with the former KGB spy. Trump, however, is in full blown clown mode and unable to see the hypocrisy that his words create. Remember, this encounter occurred at the summit’s opening breakfast photo op.

The question has to be asked, “What is it with Trump, Russia, and Putin by association?” NATO delegates’ concern over what Trump might discuss or concede to the Russians are legitimate. His short time as president has provided both our allies and Americans with several incidents that make the meeting suspect. For example, shortly after firing then Director of the FBI, James Comey, Trump invited two of Russia’s top diplomats, Foreign Minister Sergei Labrov and Ambassador Sergey Kislyak, into the Oval Office for a chat and pleasantries.

Trump, unable to contain himself, proceeds to reveal classified information gleaned from an American ally about the Islamic Terrorist State. The information was from an ongoing investigation and had the potential of doing serious harm to players involved and causing long term damage to the continued trust of the ally who shared the information. For Trump, it was just another in a long series of faux pas’ that most normally intelligent people working in government would understand was a forbidden topic, especially with two Russian operatives in the Oval Office no less.

So, we can expect a week long circus of Trump acting the stooge while real life diplomats from the NATO countries worry about both his erratic behavior, and his mean spirited spiels of lies and contempt directed towards our allies that only Trump  will fully understand.

The real issue simmering below the surface is what is Trump’s connection to Putin. Is it just a harmless bromance? Or is it a deeper connection that bodes badly for both NATO and our own democracy? Jonathan Chait published an article earlier this week in New York Magazine titled, Will Trump Be Meeting With His Counterpart – Or His Handler? A plausible theory of mind-boggling collusion. Chait’s thoughts are both provocative and believable. While the article covers a lot of ground concerning this topic (and well worth an entire read), these two paragraphs sum up the salient details,

The first intimations that Trump might harbor a dark secret originated among America’s European allies, which, being situated closer to Russia, have had more experience fending off its nefarious encroachments. In 2015, Western European intelligence agencies began picking up evidence of communications between the Russian government and people in Donald Trump’s orbit. In April 2016, one of the Baltic states shared with then–CIA director John Brennan an audio recording of Russians discussing funneling money to the Trump campaign. In the summer of 2016, Robert Hannigan, head of the U.K. intelligence agency GCHQ, flew to Washington to brief Brennan on intercepted communications between the Trump campaign and Russia.

The contents of these communications have not been disclosed, but what Brennan learned obviously unsettled him profoundly. In congressional testimony on Russian election interference last year, Brennan hinted that some Americans might have betrayed their country. “Individuals who go along a treasonous path,” he warned, “do not even realize they’re along that path until it gets to be a bit too late.” In an interview this year, he put it more bluntly: “I think [Trump] is afraid of the president of Russia. The Russians may have something on him personally that they could always roll out and make his life more difficult.”

The Putin/Trump meeting is scheduled for July 16 in Helsinki. Several things might be on the agenda. One thing that surely will be parroted by Trump is that Putin and Russia did not collude with the Trump campaign nor did they interfere in the 2016 election. This has been repeated by Trump so often and loudly his protestations sound like the drum beat of a Tiki lounge overture. What is more likely is Trump will unilaterally recognize Russia’s annexation of the Crimeria over the objections of Congress who continue to push for more sanctions on Russia. If not that, it is anyone’s guess what the Orange One will come up with to further piss off our allies and the American public.

One thing is certain; For Trump, a meeting of this importance and stature will not be a missed opportunity. Something will come out of it that might give a clue to just how far Trump has sunken into the web of the Russians and their influence. Expect stormy weather and widespread angst.